November is packed with plenty of great events including over 75 Docker Global Mentor Week local events to learn all about Docker! This global event series aims to provide Docker training to both newcomers and intermediate Docker users. More advanced users will have the opportunity to get involved as mentors to further encourage connection and collaboration within the community. Check out the list of confirmed events below to see if there is one happening near you. Make sure to check back as we’ll be updating this list as more events are announced.

Want to help us organize a Mentor Week training in your city? Email us at [email protected] for more information! 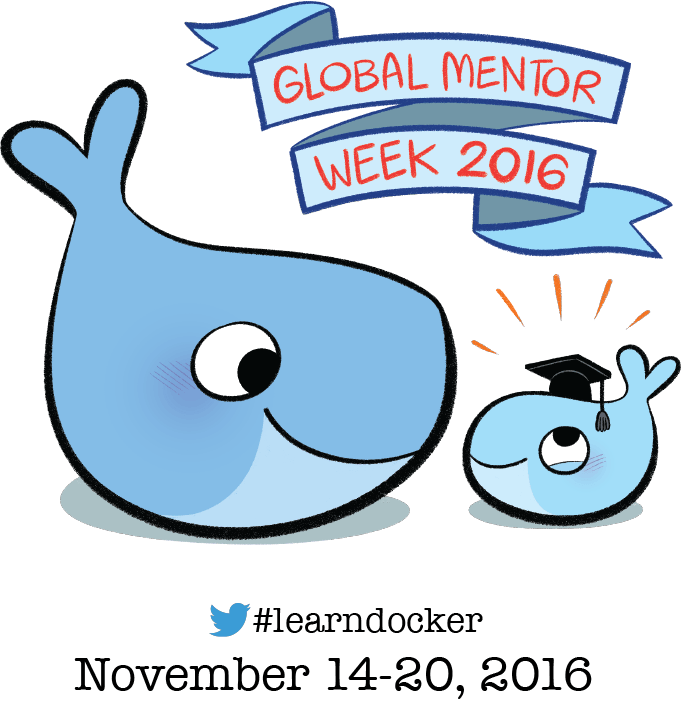 From webinars to workshops, meetups to conference talks, check out our list of events that are coming up in November!

This is a two-day, on-site or classroom-based training course which introduces you to the Docker platform and takes you through installing, integrating, and running it in your working environment.

Nov 15-16: Introduction to Docker with Amazic –  Nieuw-Vennep, The Netherlands

The Docker Administration and Operations course consists of both the Introduction to Docker course, followed by the Advanced Docker Topics course, held over four consecutive days.

Nov 15-18: Docker Administration and Operations with Amazic – Nieuw-Vennep, The Netherlands

This two day course is designed to help new and experienced systems administrators learn to use Docker to control the Docker daemon, security, Docker Machine, Swarm, and Compose.

While working on Docker for AWS and Azure, we realized the need for a standard way to create and manage infrastructure state that was portable across any type of infrastructure, from different cloud providers to on-prem. One challenge is that each vendor has differentiated IP invested in how they handle certain aspects of their cloud infrastructure. It is not enough to just provision five servers; what IT ops teams need is a simple and consistent way to declare the number of servers, what size they should be, and what sort of base software configuration is required.

Che provides a new way to package up a workspace so that it is reproducible and portable. This packaging is possible due to Docker with their descriptive runtimes. This introductory session will introduce you to what Docker is about and how Che uses Docker to represent workspaces, it’s server, it’s launcher, a variety of build utilities. You can even use Docker and Compose to build complex multi machine workspaces.

In this live presentation you will learn about our Docker Datacenter commercial solution and how it enables enterprise application teams to embrace cloud strategies, application modernization and DevOps. We will then show a live demo of the solution and host a QA session at the end.

Docker’s Amir Chaundhry will discuss unikernels in his Programming IoT talk and Jérôme Petazzoni will deliver a two-day training on Deployment and orchestration at scale with Docker. Docker Captain Adrian Mouat will deliver a tutorial on Docker and Microservices Security.

Join us for the next Docker Hannover meetup!

We had a great time at Discover 2016 North America and are returning for a second time to Discover 2016 in London! Check us out for in-depth demos at booth #208.

A presentation on the Docker basics with a demo by Sanjeewa Alwis from Pearson.

For this month, we’re hosting AWS Solutions Architect Peter Dalbhanjan to talk about Microservices and ECS!

We’re looking forward to another great year at re:Invent in Las Vegas! This time, Docker is outfitted with a larger, custom booth and your chance of scoring even cooler swag. Come see us at #622 inside re:Invent Central.

Sophia Parafina from Docker will share how to build and ship apps with Node.js and Docker.

An overview of some of the key concepts inside the service running Docker as the base run time meaning that everything run in EC2 is a Docker image.

We’d like to kick things off again with meetings on the first Monday of every month. Our next scheduled meeting is the 7th of November.

This syndicated content is provided by Docker and was originally posted at https://blog.docker.com/2016/11/docker-agenda-november-2016/