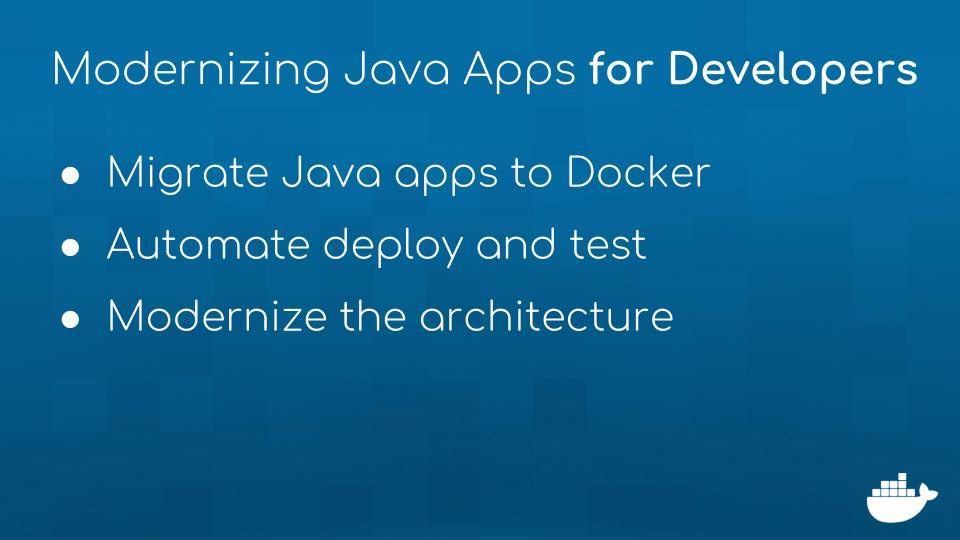 Moving a monolithic application to a modern cloud architecture can be difficult and often result in a greenfield development effort. However, it is possible to move towards a cloud architecture using Docker Enterprise Edition with no code changes and gain choice , security and operational agility in the process.

One solution is to implement a messaging queue. As in the part 2, I’ll follow several guidelines:

In this part of the modernization process, I add a message queue comprised of a REST interface that writes to a Redis database. The user data is held in Redis until it’s requested by a worker service that does the write to the database. The message queue uses Spring Boot to implement both the REST interface and the Redis database functions. I chose Redis because it has a method to pull the data without continuous polling, creating an efficient messaging queue.

To learn more about Docker solutions for Developers:

This syndicated content is provided by Docker and was originally posted at https://blog.docker.com/2018/03/video-series-modernizing-java-apps-developers-part-3/

How to accelerate technology adoption with Digital Performance Management
Scroll to top Do NOT follow this link or you will be banned from the site!