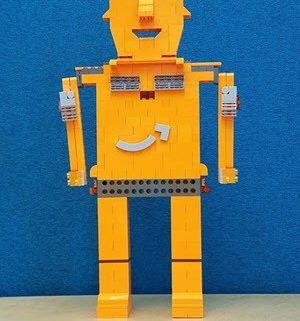 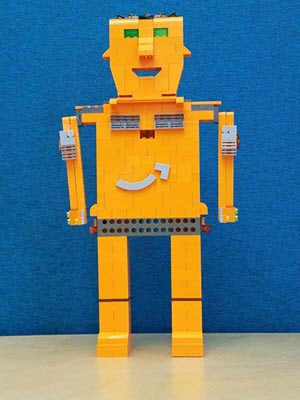 If you have been watching my weekly videos, you may have noticed an orange robot in the background from time to time. That’s Ozz, my robot friend and helper. Built from the ground up in my home laboratory, Ozz is an invaluable part of the AWS blogging process!

Sadly, when we announced we are adding the AWS Podcast to the blog, Ozz literally went to pieces and all I have left is a large pile of bricks and some great memories of our time together. From what I can tell, Ozz went haywire over this new development due to excessive enthusiasm!

Ozz, perhaps anticipating that this could happen at some point, buried a set of clues (each pointing to carefully protected plans) in this blog, in the AWS Podcast, and in other parts of the AWS site. If we can find and decode these plans, we can rebuild Ozz, better, stronger, and faster. Unfortunately, due to concerns about the ultra-competitive robot friend market, Ozz concealed each of the plans inside a set of devious, brain-twisting puzzles. You are going to need to look high, low, inside, outside, around, and through the clues in order to figure this one out. You may even need to phone a friend or two.

Your mission, should you choose to accept it, is to find these clues, decode the plans, and help me to rebuild Ozz. The information that I have is a bit fuzzy, but I think there are 20 or so puzzles, each one describing one part of Ozz. If we can solve them all, we’ll get together on Twitch later this month and put Ozz back together.

Are you with me on this? Let’s do it!

This syndicated content is provided by AWS and was originally posted at https://aws.amazon.com/blogs/aws/join-the-aws-quest-help-me-to-rebuild-ozz/

Custom automated process-group naming for large dynamic environments
Scroll to top Do NOT follow this link or you will be banned from the site!