It’s been nearly two weeks since Docker released Docker 1.12 as generally available for production environments, introducing a number of new features and concepts to the Docker project. Our #DockerCaptain team has already started to dig in and share their learnings with the community via blog posts, talks and peer-to-peer help. Docker Captains are technology experts who have been awarded the distinction of being a Docker Captain in part because of their passion for sharing their Docker knowledge with others. So, we’ve invited three of our Docker Captains to speak at the next Docker Online Meetup on August 31st and share their tips and tricks for using Docker 1.12.

Ajeet Singh Raina is currently working as Technical Lead Engineer in the Enterprise Solution Group at Dell India R&D and has solid understanding of a diverse range of IT infrastructure, system management, system integration engineering and quality assurance. Ajeet has a great passion for upcoming trends and technologies. He loves contributing towards Open source space through writing and blogging @ http://www.collabnix.com. 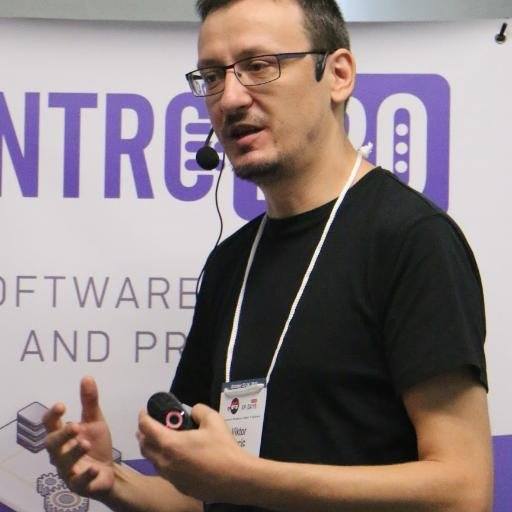 Viktor Farcic is a Senior Consultant at CloudBees. He coded using a plethora of languages starting and can often be found speaking about Docker around the world. His big passions are Microservices, Continuous Integration, Delivery and Deployment (CI/CD) and Test-Driven Development (TDD).  He wrote The DevOps 2.0 Toolkit: Automating the Continuous Deployment Pipeline with Containerized Microservices and the Test-Driven Java Development books. His random thoughts and tutorials can be found on his blog TechnologyConversations.com.

If you haven’t had the chance to check out Viktor’s Docker Swarm Introduction and Integrating Proxy With Docker Swarm (Tour Around Docker 1.12 Series), you are going to want to make some time to dive in. Viktor covers the basics of how Swarm in Docker v1.12 works and then deep-dives into some of the more complicated aspects. In the meetup, Viktor will share best practices for setting a Swarm cluster and integrating it with HAProxy.

Bret frequents Docker forums to lend a helping hand when others get stuck, so he knows a thing or two about how to optimize getting started with 1.12. Bret will share his favorite Docker 1.12 command options and aliases that will make your life easier including cli aliases for quick container management; the shortest path to secure production-ready swarm; how to use cli filters for easier management of larger swarms; and docker remote cli security setup.

Register now to attend the meetup and learn tips and tricks for using Docker 1.12!

This syndicated content is provided by Docker and was originally posted at https://blog.docker.com/2016/08/docker-online-meetup-41-docker-captains-share-their-tips-and-tricks-for-built-in-docker-orchestration/

Popular
Recent
Comments
Tags
How much is an API worth?

Introducing support for Apache/PHP with FastCGI
Scroll to top Do NOT follow this link or you will be banned from the site!