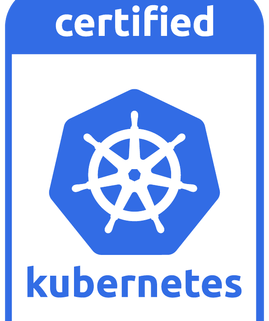 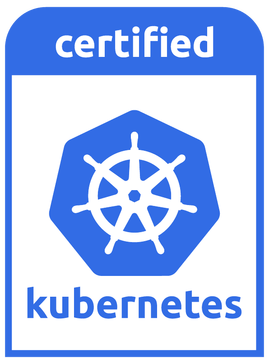 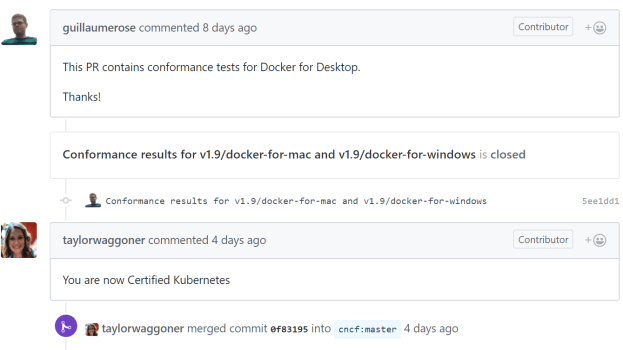 Kubernetes is designed to be a platform that others can build upon. As with any similar project, the risk is that different distributions vary enough that applications aren’t really portable. The Kubernetes project has always been aware of that risk – and this led directly to forming the Conformance Working Group. The group owns a test suite that anyone distributing Kubernetes can run, and submit the results for to attain official certification. This test suite checks that Kubernetes behaves like, well, Kubernetes; that the various APIs are exposed correctly and that applications built using the core APIs will run successfully. In fact, our enterprise container platform, Docker Enterprise Edition, achieved certification using the same test suite  You can find more about the test suite at https://github.com/cncf/k8s-conformance.

This is important for Docker for Windows and Docker for Mac because we want them to be the easiest way for you to develop your applications for Docker and for Kubernetes. Without being able to easily test your application and importantly its configuration, locally you always risk the dreaded “works on my machine” situation.

With this announcement following hot on the heels of the release last week of Docker Enterprise Edition 2.0 and it’s Kubernetes support, it’s perfect timing for us to be heading off to KubeCon EU in Copenhagen next week. If you’re interested in why we’re adopting Kubernetes, or in what we have planned next, please come find us on booth #S-C30, sign up for the Docker and Kubernetes workshop or attend the following talks.

Can’t make it to KubeCon Europe? DockerCon 2018 in San Francisco is another great opportunity for you to learn about integration between Kubernetes and the Docker Platform.

This syndicated content is provided by Docker and was originally posted at https://blog.docker.com/2018/04/docker-desktop-certified-kubernetes/

New generation of synthetic-monitoring locations available worldwide
Scroll to top Do NOT follow this link or you will be banned from the site!