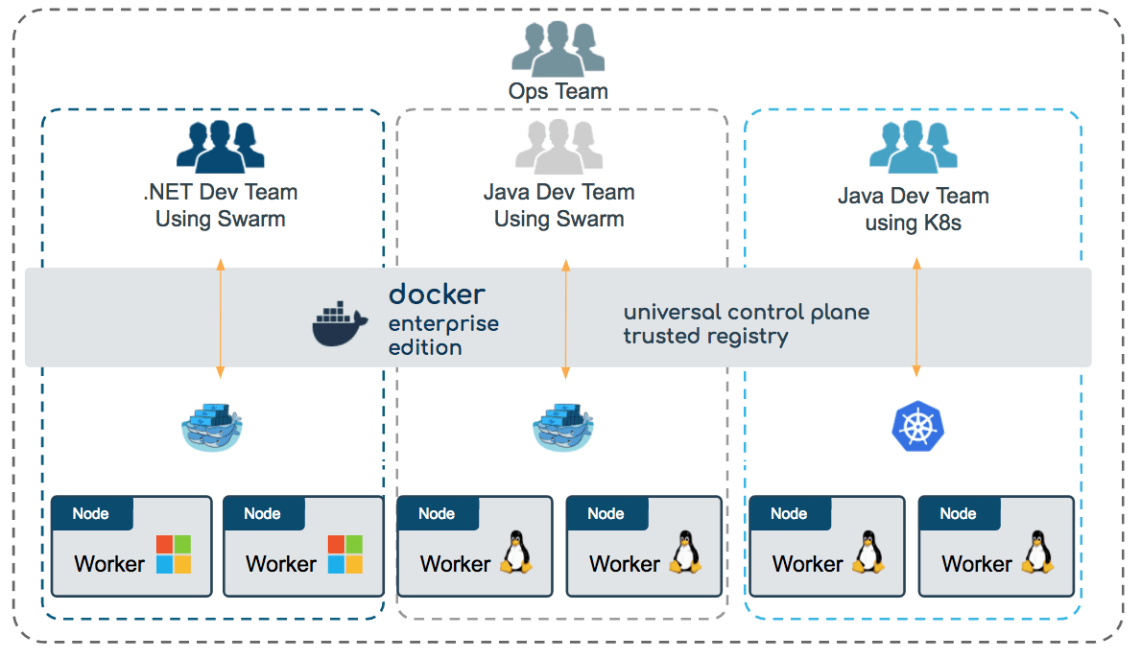 Today we are excited to launch the public beta for Docker Enterprise Edition (Docker EE), our container management platform. First announced at DockerCon Europe, this release features Kubernetes integration as an optional orchestration solution, running side-by-side with Docker Swarm. With this solution, organizations will be able to deploy applications with either Swarm or fully-conformant Kubernetes while maintaining the consistent developer-to-IT workflow users have come to expect from Docker, especially when combined with the recent edge release of Docker for Mac with Kubernetes support. In addition to Kubernetes, this release includes enhancements to Swarm and to Docker Trusted Registry (DTR) which can be tested during the beta period.

Due to the high interest in this beta, license keys will be rolled out in batches over the next few weeks. Individuals who signed up for beta at www.docker.com/kubernetes will receive instructions on how to access this release and where to submit feedback. We also encourage our partners to use this time to test and validate their Docker and Kubernetes solutions against this release. Registrations will remain open throughout this beta testing period.

At DockerCon Europe, we demonstrated the management integration of Kubernetes within Docker EE. You can review those capabilities here:

This beta release also allows you to explore some of the other enhancements coming to Docker EE that we haven’t mentioned yet, including enhancements for Swarm. We’ll be going into each of these in more detail in subsequent blogs. Other new features include:

Try the Beta for Yourself

In addition to installing the beta in your own servers and cloud environments, we are adding the option to experience this release of Docker EE through your web browser. Powered by the same backend as the Play with Docker environments, this option does not require any software installation and still gives you freedom to explore and test the new Docker EE capabilities.

If you are exploring Kubernetes or looking for a way to secure and manage your Kubernetes environment, make sure to sign up for this beta and see for yourself how Docker EE simplifies and streamlines application development and deployment.

To learn more about Docker EE, check out the following resources:

This syndicated content is provided by Docker and was originally posted at https://blog.docker.com/2018/01/docker-ee-kubernetes/

Want to get your resume noticed? Do these 5 things before you apply
Scroll to top Do NOT follow this link or you will be banned from the site!