I’m getting ready to wrap up my work for the year, cleaning up my inbox and catching up on a few recent AWS launches that happened at and shortly after AWS re:Invent.

Last week we launched Amazon Linux 2. This is modern version of Linux, designed to meet the security, stability, and productivity needs of enterprise environments while giving you timely access to new tools and features. It also includes all of the things that made the Amazon Linux AMI popular, including AWS integration, cloud-init, a secure default configuration, regular security updates, and AWS Support. From that base, we have added many new features including:

Long-Term Support – You can use Amazon Linux 2 in situations where you want to stick with a single major version of Linux for an extended period of time, perhaps to avoid re-qualifying your applications too frequently. This build (2017.12) is a candidate for LTS status; the final determination will be made based on feedback in the Amazon Linux Discussion Forum. Long-term support for the Amazon Linux 2 LTS build will include security updates, bug fixes, user-space Application Binary Interface (ABI), and user-space Application Programming Interface (API) compatibility for 5 years.

Extras Library – You can now get fast access to fresh, new functionality while keeping your base OS image stable and lightweight. The Amazon Linux Extras Library eliminates the age-old tradeoff between OS stability and access to fresh software. It contains open source databases, languages, and more, each packaged together with any needed dependencies.

Tuned Kernel – You have access to the latest 4.9 LTS kernel, with support for the latest EC2 features and tuned to run efficiently in AWS and other virtualized environments.

Systemd – Amazon Linux 2 includes the systemd init system, designed to provide better boot performance and increased control over individual services and groups of interdependent services. For example, you can indicate that Service B must be started only after Service A is fully started, or that Service C should start on a change in network connection status.

Wide Availabilty – Amazon Linux 2 is available in all AWS Regions in AMI and Docker image form. Virtual machine images for Hyper-V, KVM, VirtualBox, and VMware are also available. You can build and test your applications on your laptop or in your own data center and then deploy them to AWS.

Launching an Instance
You can launch an instance in all of the usual ways – AWS Management Console, AWS Command Line Interface (CLI), AWS Tools for Windows PowerShell, RunInstances, and via a AWS CloudFormation template. I’ll use the Console:

I’m interested in the Extras Library; here’s how I see which topics (lists of packages) are available: 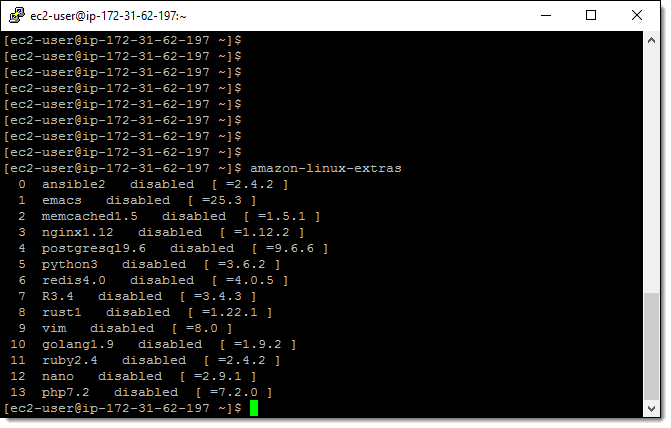 As you can see, the library includes languages, editors, and web tools that receive frequent updates. Each topic contains all of dependencies that are needed to install the package on Amazon Linux 2. For example, the Rust topic includes the cmake build system for Rust, cargo for Rust package maintenance, and the LLVM-based compiler toolchain for Rust. 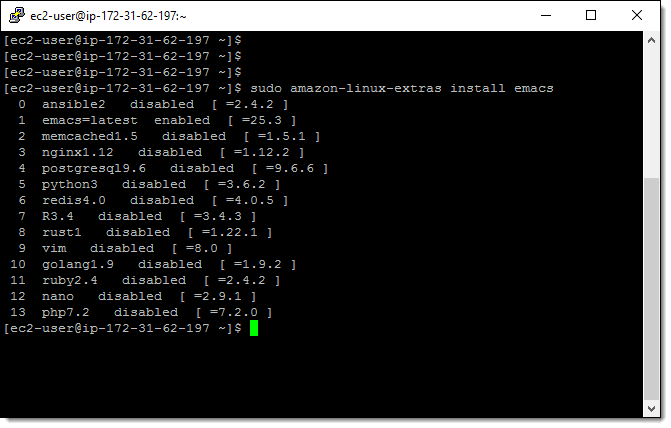 SNS Updates
Many AWS customers use the Amazon Linux AMIs as a starting point for their own AMIs. If you do this and would like to kick off your build process whenever a new AMI is released, you can subscribe to an SNS topic: 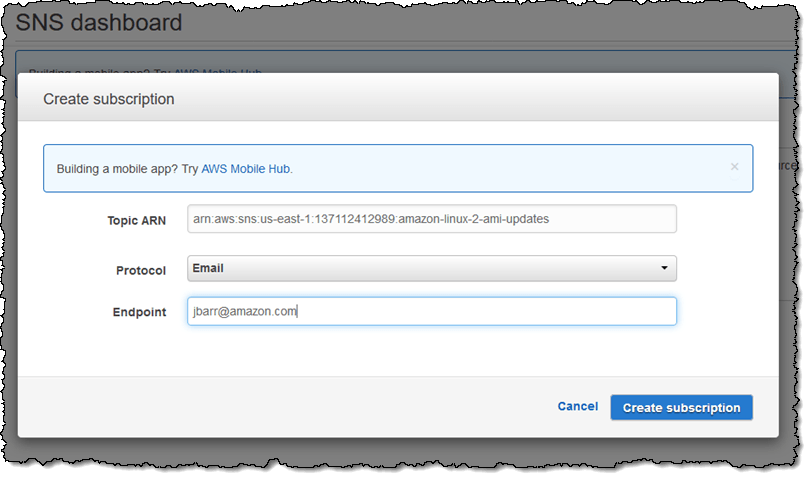 You can be notified by email, invoke a AWS Lambda function, and so forth.

Available Now
Amazon Linux 2 is available now and you can start using it in the cloud and on-premises today! To learn more, read the Amazon Linux 2 LTS Candidate (2017.12) Release Notes.

This syndicated content is provided by AWS and was originally posted at https://aws.amazon.com/blogs/aws/amazon-linux-2-modern-stable-and-enterprise-friendly/

HowTo – Invoke Java/Groovy logic in DataWeave
Scroll to top Do NOT follow this link or you will be banned from the site!