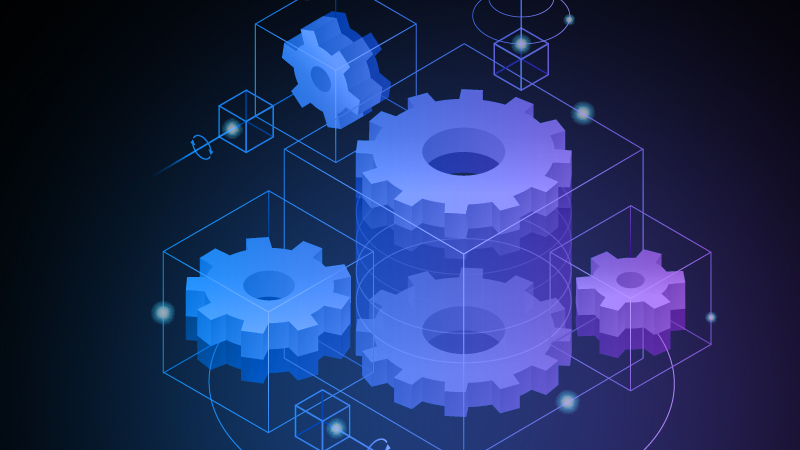 During our virtual wine tasting event, there were three key themes that came to light about how attendees’ businesses had had to change to meet the new way of working. Whilst the impact of COVID and the new way of operating differed from business to business, the need to change was the same for all. And what most businesses came to realize was that automation was a key factor to success.

The wine tasting demonstrated how automation is needed across all industries, even those you wouldn’t expect. Wine expert, Grant Hedley, shared stories about how automation and technology are impacting how vineyards are tracking growth, temperatures, and soil health – the full works! This has revolutionized the industry, providing winemakers with full visibility into the performance of the crop and where they can make powerful adjustments to produce superior grapes.

The data these winemakers now have at their fingertips has helped enable them to adapt and change rapidly – getting ahead of problems that could potentially damage their crops. A panellist at the event explained how Dynatrace has helped his organization after deployed Dynatrace into a new environment just two weeks ago, quickly uncovering three issues the business never knew it had. This automated insight into your environment & performance is vital to making these optimizations, especially when digital presence is so important in this new world. This allowed the team to implement changes to prepare for this world & ensure a great customer experience.

Digital is the new normal

The primary theme of the day was an increased focus on digital presence. You saw that coming, right? Each of our panellists recounted how their businesses had to beef up or adjust their digital offerings, to meet a new level of demand. Of course, the extent for each business varied; how much of the business was online; Was it optimized and prioritized internally; Were they prepared for such load? But the core principle of change was the same.

British Car Auctions (BCA), the UK’s largest used vehicle business, was doing roughly 30% of their business online prior to COVID-19. However, under governmental restrictions, their 50+ halls, which accounted for 70% of their business, had to close overnight. This caused a huge surge in digital demand which completely shifted the way the business relied on tech.

Ramsay Domloge, UK Online Architect, spoke about how Dynatrace enabled BCA to understand where the pressure points were during this drastic shift. Dynatrace’s integrations with key technologies within their ecosystem were vital in identifying where to improve for the biggest impact on their customer base.

Premier Farnell echoed this but from a different perspective – a large portion of their business comes from their global eCommerce websites, but the shift in business meant there were more eyes on the digital presence than ever. Simon leveraged Dynatrace to understand Premier Farnell’s customer behaviours a lot better – so much so that when the pubs re-opened up the team could literally see it unfold in real-time in their monitoring!

Users are changing faster than ever before

The second topic discussed during the event was around the evolution of user behaviour. Personally, I’ve found myself not only purchasing more online but also browsing more – meaning I’m doing more research amongst competitors before making purchases. Two examples of how the attendees’ customers behaviours changed were identified in Dynatrace:

Understanding the business impact of a technical issue is vital in the current climate – for example how dangerous is a Java virtual machine’s garbage collection spiking to 3 minutes? With Dynatrace, we can track its direct impact to your bottom line & customer experience – how many users suffered as a result, and how much basket value was subsequently abandoned before they left your digital presence!

The business can’t run without tech

The final theme, common amongst all attendees, was that the business was starting to take more of a back seat, giving IT more freedom and enabling better agility. Interestingly, some attendees treated this with caution, whilst others saw it as a huge benefit:

Nevertheless, increased agility cuts both ways. With a shift to focusing on digital channels, availability and performance are key to business success. Everyone attending agreed that these changes had to be monitored very closely, any downtime is more impactful than ever!

The attendees (and wine!) were incredibly interesting. It was a fantastic time to share what we had all experienced within our respective businesses and the lessons learned in this new world.

This syndicated content is provided by Dynatrace and was originally posted at https://www.dynatrace.com/news/blog/a-wine-tasting-with-a-differenceautomation-and-ai/

What is digital experience?
Scroll to top Do NOT follow this link or you will be banned from the site!